If you’ve had anything to do with disaster over the past decade or three, you’ve no doubt run across something called “debriefing.” Critical incident stress debriefing (CISD) started up among firefighters. They used it after especially traumatic responses as a way of tending to unpleasant emotional reactions. They typically got together with their teams and followed a specific discussion protocol, delving into feelings about the incident, then moving toward coping or resolution. They found debriefing very useful for avoiding burnout. Over time, other emergency responders began using the debriefing process.

Eventually groups of disaster and other trauma survivors were collected together and given debriefing. The hope was that it might help them similarly resolve related emotional issues.

Unfortunately, when science caught up and measured the outcome of practicing it among such groups, it found no improvement. Surprisingly, at times it identified more emotional issues among them than among survivors who did not go through debriefing. How could this happen?

First, the human brain is set up to deal with traumatic experience at its own pace. This natural resilience protects us from facing overwhelming emotional reactions until we’re ready to tackle them. If forced to address them prematurely, sometimes we shut down further and bury reactions even more deeply. When forced underground, they can resurface in the form of depression, PTSD, or other issues.

Second, emergency responders practice debriefing with their usual support system. In recent years, science has shown that one of the most powerful antidotes to trauma, as well as having a major role in our overall wellbeing, is our connections with social supports. Getting together with team members following trauma would be expected to help firefighters feel better, no matter what process guided their discussion and interaction, since the teams are part of their natural support system. The randomly gathered groups of trauma survivors generally did not have this advantage.

In recent years, the debriefing process has been tweaked to take into account these findings. You may encounter it still, but under a new label: “critical incident stress management.” These days it is used mainly among emergency responders. 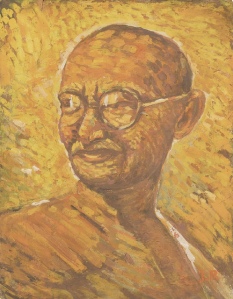 The most important lesson to come out of this adventure is recognition of the importance and strength of personal resilience. We don’t need traditional mental health or other interventions to be able to handle most traumatic events. We cope by using the same strategies that have gotten us through difficult times throughout our lives, which vary from person to person.

The field of disaster mental health has shifted toward a psychological first aid (PFA) approach. PFA supports and advocates for survivors while they apply their resilience, rather than delve deeply into inner workings of emotions. Some survivors may be in crisis, or have preexisting conditions that get thrown out of whack, and benefit from more traditional mental health services. But the vast majority of us can handle disaster successfully with our usual coping.

For information on building and supporting your natural resilience, see “The Road To Resilience,” offered by the American Psychological Association.